Today, the 8th of December 2016, we stand in front of a world in which the body of the poet, the playwright, the essayist and the wonderful Marin Sorescu is alive no more, for exactly 20 years. His leafy smile, his childhood eyes and his chilling thoughts are still floating among us, without any doubt.

Today, I have realized on my own cold and sweaty skin how does it feel like to cover your eyes and, at the same time, read poetry. I have discovered and lived the secret of eternal breathing. I felt the breeze of a warm and kind look, as well as a firm and parental handshake. All of these in a tear. All of these in front of a poem.

Marin Sorescu was born in a family of farmworkers in Bulzești, Dolj County. He learned all the way to the top, having his final education at the “Alexandru Ioan Cuza” University of Iași. He obtained his degree in modern languages in 1960. After 4 years, his inspiration and creativity circulated like a flu among critics, when his first book, a collection of parodies called Singur printre poeți (“Alone Among Poets”) hit the national poetry stage back in 1964.

This said, Sorescu had his debut in literature when he was 28, and has written, since then, 28 volumes of poetry. He won 6 Romanian Writers’ Union prizes for his poetry, drama and literary criticism, and a lot of other prizes, both national and international. After he died of cirrhosis and hepatitis, 15 drafts of poetry, drama and prose were left to see the light of the day postmortem.

Sorescu’s poetry is just plain beautiful. I don’t think an exact word to define it has been created yet. It’s simple, yet mind blowing. He talks about death and smiles like a child at the same time.

His garden of thoughts is a labyrinth, and his Drama shows it perfectly. The Trilogy of drama Setea Muntelui de Sare (“The Thirst of the Salt Mountain”) gives readers the possibility to think and relive impactful moments lived by people that didn’t even exist, in absurd, yet crucial realities.

I got used to
I got used to sleeping with open eyes
Afraid not to be surprised,
To have my control over the world
Until the very last moment.
Like a Lighthouse that doesn’t want to
turn off by day
always holds the horizon of the sea
in the magic of a desperate look.
Then, please close
my eyelids softly.
What had to be seen, I’ve seen!
Carefully pull down these thin shutters
Over my tired eyes.
I hope this will be as late as it can be
Sometime, by a night full of stars
and blooming acacias.

We would love to hear your opinion on this article! Cancel reply 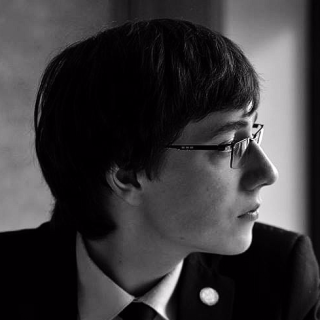 1. Start-up. We are fighting our way to a stable version of the blog. The following categories aren't available yet: - Mathematics; - Movies; - Music. 2. Art hunter. If you have any images, photos or pictures that are your own and want them to be featured on our site along our articles, don't hesitate to send them to us!